This magnificent industrial complex of Avilés, Ensidera, today Arcelor, I have recorded photographic and vidoeográficamente in a very extensive way. This mega factory, is in full production activity so it is interesting the action that is generated in the production chain. Transportation and storage. The large open spaces, the central naves, the train in its different routes of transport both interior and exterior, the boiler of molten, the aerial conduits that connect the ships to each other in the whole large enclosure, have originated all a material in some Descriptive cases, in others it brings a personal and unknown vision. With subtle images between industry and science fiction. With the videographic material I have built various videos creating very suggestive atmospheres that refer to and relate the power of action/abstraction.

For the first time, two videos were released from the extensive photographic and videographic record made by the artist during April 2007, before, after a takeover bid, the company became the property of the powerful Indian steel group MITTAL, which has in fact provoked a monopoly situation in the global market collapsing the price of steel.

In the Smoke videos. Static (6′ 25″) and Aerial Tour. Dynamic (10′) the action is generated in the chain of production, transport and storage, in a ghostly route that tells us metaphorically of the end of the industry closely linked to a local population.

Closing the circle from the record of the demolition of factories in the centre of industrial cities such as Bilbao, which Marisa González had started with La Fábrica, to the obsolescence – still at stake – of an energy production that threatens our environment, in her extensive project on the dismantling of the Lemóniz Nuclear Power Plant. 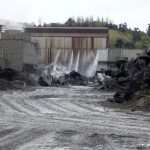 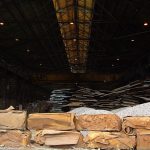 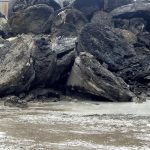 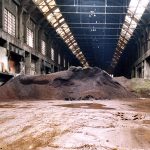 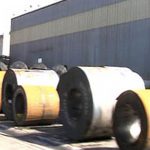 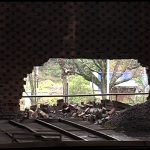 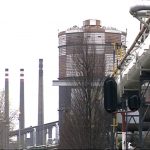 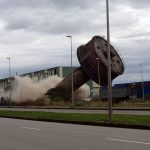 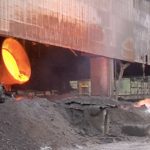 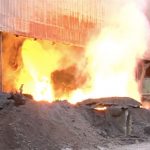 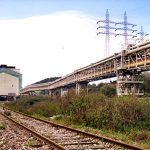 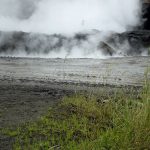 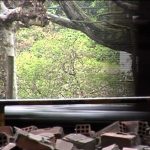 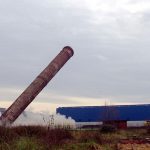 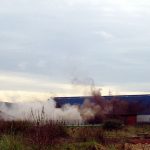 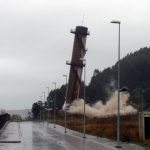 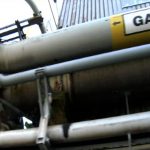 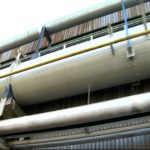